Believe it or not, the lovers' holiday was not actually created by Hallmark as a sneaky way to increase sales. Much like Halloween traditions dictate, its origins are likely rooted in pagan partying.

A few theories are floating around behind its origin. One is that it has something to do with the annual raucous Roman holiday Lupercalia, celebrated on Feb 15. Think fully grown nude men, paganism and whips. They would wander the streets where young women would wait to be spanked in the hope of boosting their fertility.

Afterwards, a matchmaking lottery was held. The women would all place their names in an urn; each worthy bachelor would draw a name out and then they would partner up for the festivities.

If you’re flying solo, Finland is the place to be. No heart-shaped treats here, just small gestures of appreciation for everyone that you care about. The festivities are centred more around friendship than secret admirers, and it even translates to ‘Friend’s Day’ from Finnish.

If you fancy showing your love in a slightly more extreme way, head over to Sonkajärvi, home of the strangest couple sport out there. Every year in July, wives are carried by their dearly beloved in an extreme obstacle course known as eukonkanto. The winner is gifted their loved one’s body weight in ale. Sign me up!

2. Wedding goals in the Philippines

Filipinos are known for putting their own spin on all festivities, and V-Day is no exception. Here, it's called 'Araw ng mga Puso', and in recent years it has become one of the most common wedding anniversaries in the whole country due to the ‘giant weddings’ craze on the rise.

Thousands of loved up couples dress in all white everything and gather around the nation to say “I do” during mass public ceremonies run by local government officials. The services are often free of charge - including flowers, wedding cakes and sometimes they'll even throw in the wedding rings. The ultimate wedding hack if you’re looking to do things on the cheap.

In Slovenian culture, Saint Valentine is the angel of Spring, and as an old legend has it he brings ‘the key to the roots’. In far less poetic words, this means that winter is over and nature is ready to rumble; so it’s a time to flock to the fields as the flowers start to bloom again.

It’s known as Gregorjevo and celebrated on the 12th of March. Apparently, on St. Gregory’s day, the first bird that a female sees in the sky will tell her who her future husband is. The catch? You have to walk across the fields barefoot to see them. Which are usually still frozen solid at this time of the year... Talk about cold feet.

Salty old bread and romance in the same sentence. Oh la la. In Armenia, if you’re single and ready to mingle, after fasting on the eve of St. Sarkis Day usually held anywhere between January 11th and February 15th, you should eat a piece of salty bread cooked by your grandma (or any happily married middle-aged woman).

You are then instructed to hit the hay, where you’ll supposedly dream about your future lover who will offer you water if he (or she) is the one. Warning though, if the water in your dream is murky it means that you are bound to run into problems with unfaithful partners. Yikes!

5. Confessing with chocolate in Japan

A confectionary company can take all the cred for bringing Cupid’s day to the land of the Rising Sun after placing a V-Day ad in the 1950s. It completely took off, but with a twist. Against the regular protocol, it’s customary for women to gift chocolates to men after a translation error occurred during the initial marketing campaigns.

It requires a lot of thought too - as the chocolates are interpreted to symbolize how popular a man is, whether you should splash out on nicer honmei-choko (true feeling chocolate - aw!) or if you should be cheap with giri-choko (obligation chocolate - ouch).

In the 1980s, Japanese women finally saw the rise of “White Day” on March 14, when men retaliate their feelings with white chocolates for their suiters.

6. Orange you glad you came to Malaysia?

Although they celebrate the conventional Valentine’s Day on Feb 14th, some also observe Chap Goh Mei too. The practice of young single ladies scribbling their phone numbers on oranges and tossing them into nearby rivers on the 15th day of the Lunar New Year.

Anyway, they lay in wait in the hope that the person of their dreams will find the fruit and call them. Unfortunately, most fruit vendors tend to find them and sell them as ‘lucky fruits’. Have these people never heard of Tinder?!

7. Back to black in South Korea

Celebrated on April 14, those who did not receive anything on the prior days don their best black get-ups and gather to drown their sorrows over a bowl of black slop, called jajangmyeon. It’s a noodle dish topped with a coal-coloured sauce made out of pork and black beans. That's dark, yo.

8. Shouting from the rooftops in France

The country of love has some interesting Valentine’s traditions, most importantly the une loterie d’amour, or “drawing for love”.

This involved all the unmarried in the area to start in houses facing opposite each other. One filled with eligible bachelors, and one with all the single dames. They would shout the name of their chosen amour through the windows until eventually, everyone was paired up.

If the chaps weren’t particularly happy with their match, they could ditch their callers. Unmatched women would then gather around a large bonfire, where they would burn pictures of the men who had flicked them and then talk trash about ungrateful men in general.

Not as saucy as you think. It’s an old custom in Wales for young lads to carve intricate love spoons from pieces of wood to give to that special someone in their life to celebrate St. Dwynwen’s Day on the 25th of Jan.

The spoon is symbolic of security, showing the receiver that they will always have food on their plate, while totally showing off their nifty crafting skills at the same time. If the feeling is reciprocated, she’ll proudly display her spoon around her neck.

Qixi Festival is often referred to as Chinese Valentine’s Day. Held on the 7/7 according to the lunar calendar, it honours the tragic love tale of when two forbidden lovers (a heavenly princess named Zhinu and a humble farm boy named Niulang) reunite for one day a year.

To cut a long story short - They fell in love and got hitched. When her parents found out, they were so royally pissed that they sent her back to the stars and created the entire Milky Way to separate them. On Qixi, people look to the night sky to spot the stars Vega and Altair (Zhinu and Niulang) as they come close for their annual reunion. Young girls show off their domestic skills - specifically melon carving to offer to Zhinu and to find themselves suitable husbands. 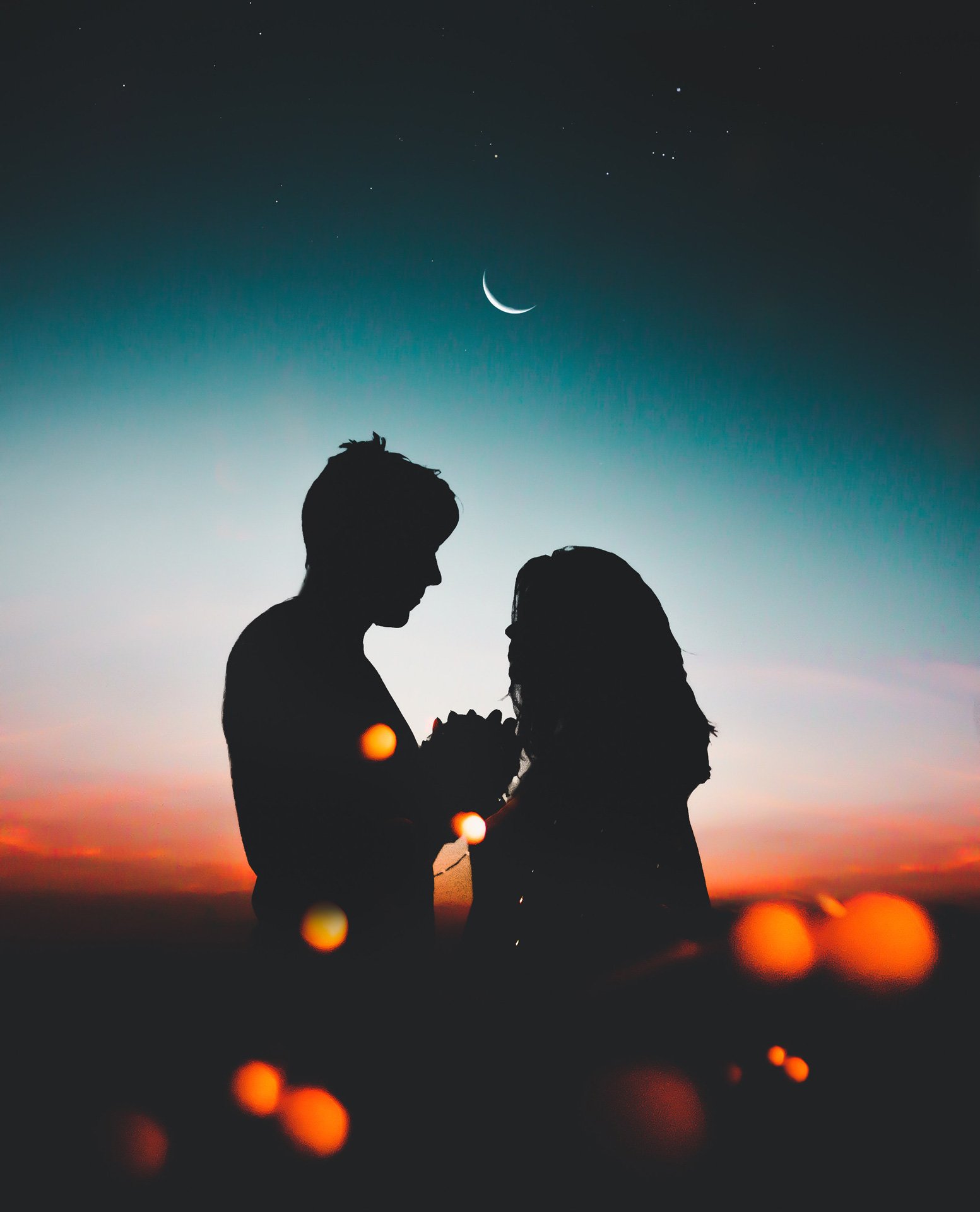 11. Bay leaves for bae in England

Rumour has it that the first ever Valentine’s card originated when Charles the Duke of Orleans, sent a love letter to his wife while incarcerated in the Tower of London in 1415. Before his execution, he signed "Your Valentine" as a farewell.

A more peculiar tradition says that on the eve of Valentine’s, women across England would place five bay leaves on their pillows - one at each corner and one in the centre — to dream of their future husbands. Alternatively, you could wet bay leaves with rosewater and place them across your pillows.

So there you have it. Valentine’s isn’t just one day of the year to be loved up. From orange throwing to walking on icy soil or using your loved one as a backpack, there are tons of opportunities out there to show some appreciation no matter the date.

Ready for your next adventure? Click that red button below. With V-Day just around the corner, grab your sweetheart and get going.

A Day in the Life of an Australian Surf Lifesaver