18 Best Places to Travel This Year

It’s time to get some new travel dreams. If you are after some inspiration, you’re in luck. We’ve put together our top places to be and to see in 2018! 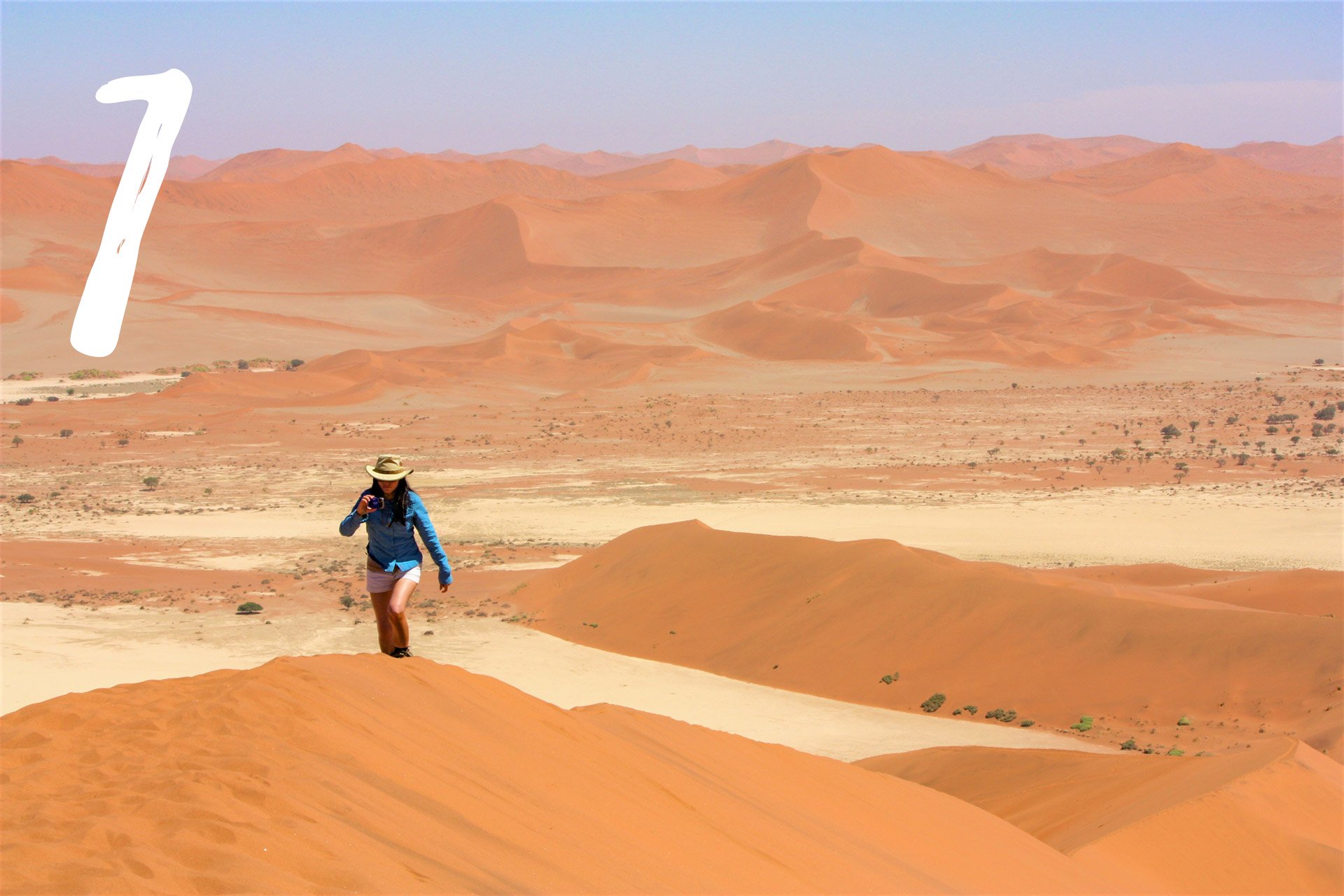 The shores are littered with whale bones and shipwrecks as far as the eye can see. But there hasn't been much scope for visiting this spooky and beautiful slice of Africa (unless you had an extra $6,000 laying around the for fly-in safari) …until now!

The Shipwreck Lodge opens June 2018 and will be the first camp to be built inside the Central Concession Area. The lodges will even be shaped just like shipwrecks to fit in with the 1,000+ vessels that already line the beach.

OTHER MUST DO'S OF NAMIBIA: 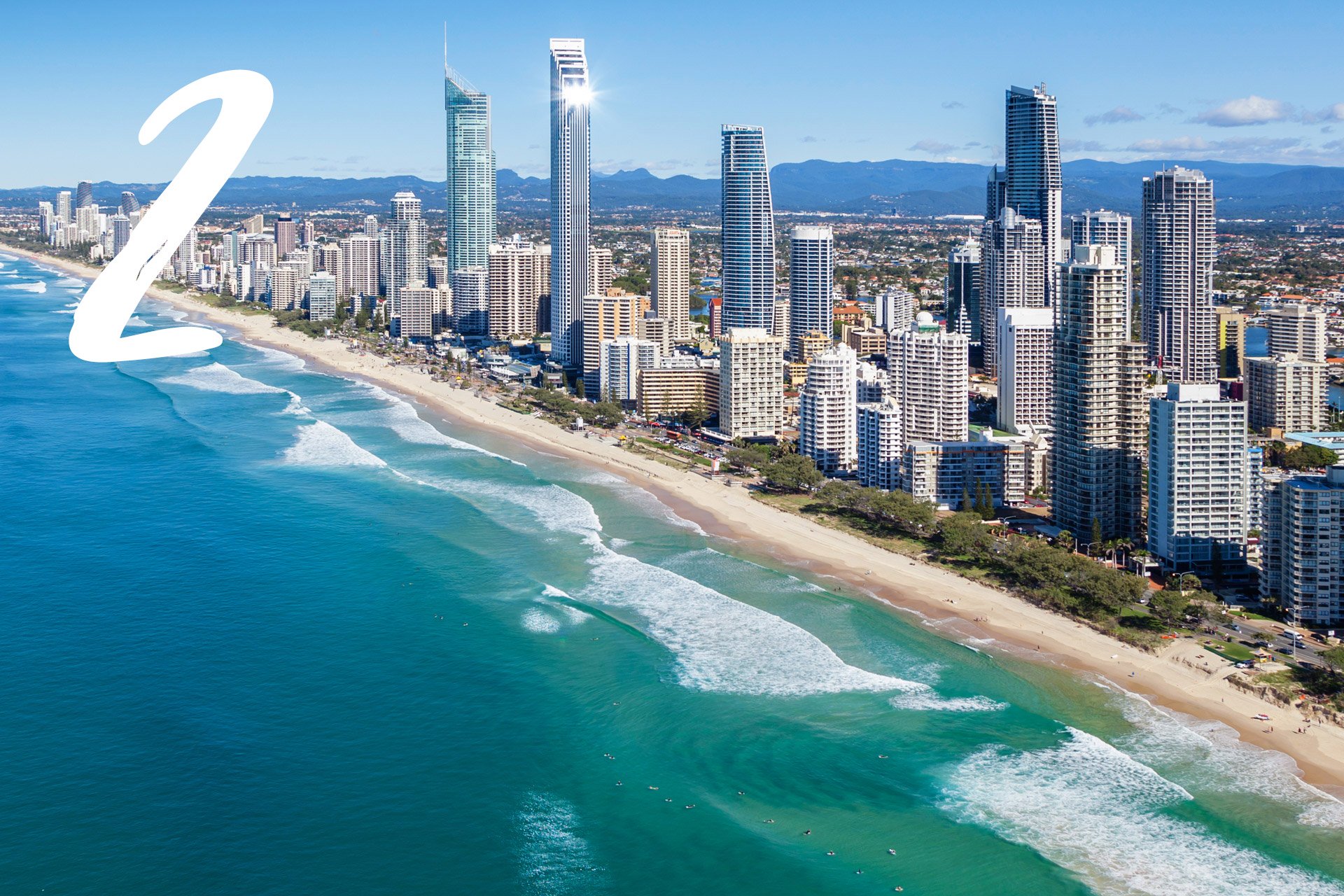 The Gold Coast is home to none other than Global HQ and we’re always showing off what the glitter strip has to offer to all our travellers who arrive in Australia! In April, the Gold Coast hosted the 21st Commonwealth Games, (the first regional city EVER to host) where 6,600 athletes and team officials from 70 countries joined us to share the dream. In the aftermath, we scored Australia’s first light rail network the G:link and $200 million in world-class sporting infrastructure. Plus, bragging rights, the Logies Awards will be held in the countries favourite holiday playground for the first time ever in July!

OTHER MUST DO'S OF THE GC: 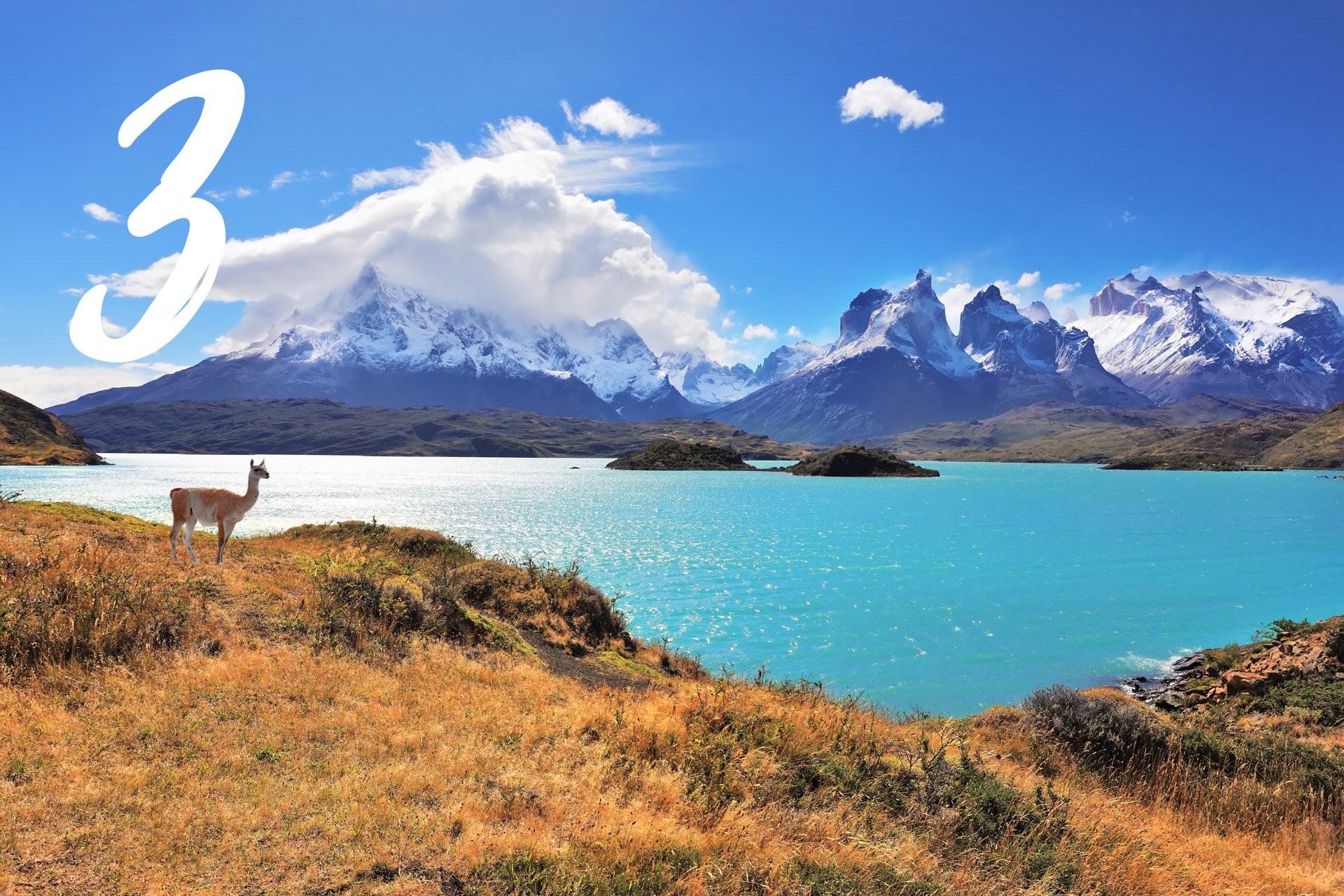 Chile is filled with endless escapades and now they’ve made it even easier to explore! In addition to acquiring 10 million acres which will be preserved as five brand new and three extended national parks, they’re constructing “The Route of Parks”. 2018 is the year that this 1,500-mile stretch will finally string together the national parks and link up the country's most remote corners. Talk about a road trip!

OTHER MUST DO'S OF CHILE: 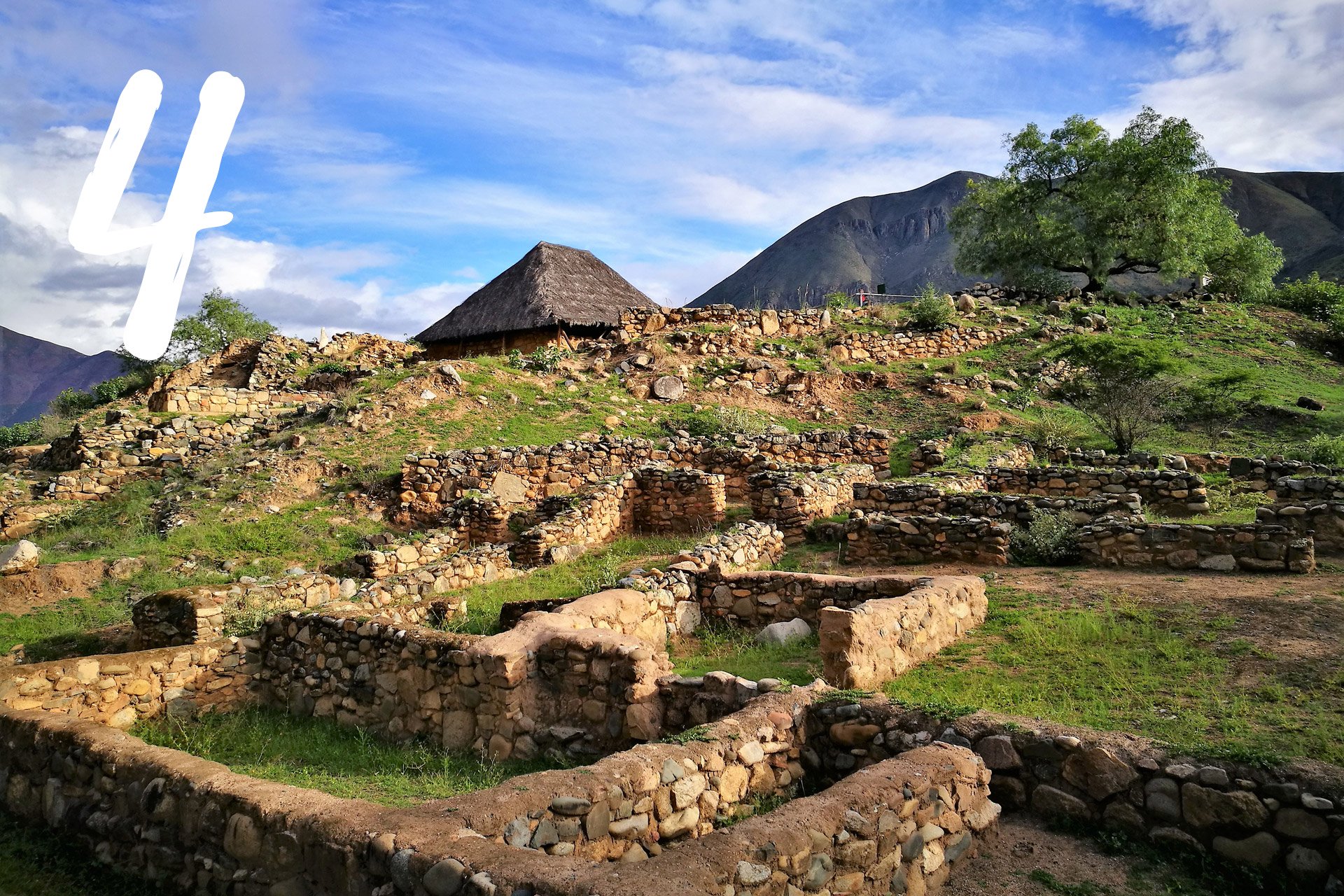 Due to increased tourist traffic at Machu Picchu, Peru is now urging visitors to head to the off-the-beaten region of Kuélap. This less known site is a stunning pre-Incan settlement referred to as ‘the fortress in the clouds’ and was built by the Cloud Warrior people of the northern Andes in the sixth century which actually predates Machu Picchu by several years!

The walled city sits 10,000 feet above sea level and the ruins have only just become more accessible with the recent opening of a cable car system that cuts travel time from the nearest Town, Nuevo Tingo, to just 20 minutes.

OTHER MUST DO'S OF PERU: 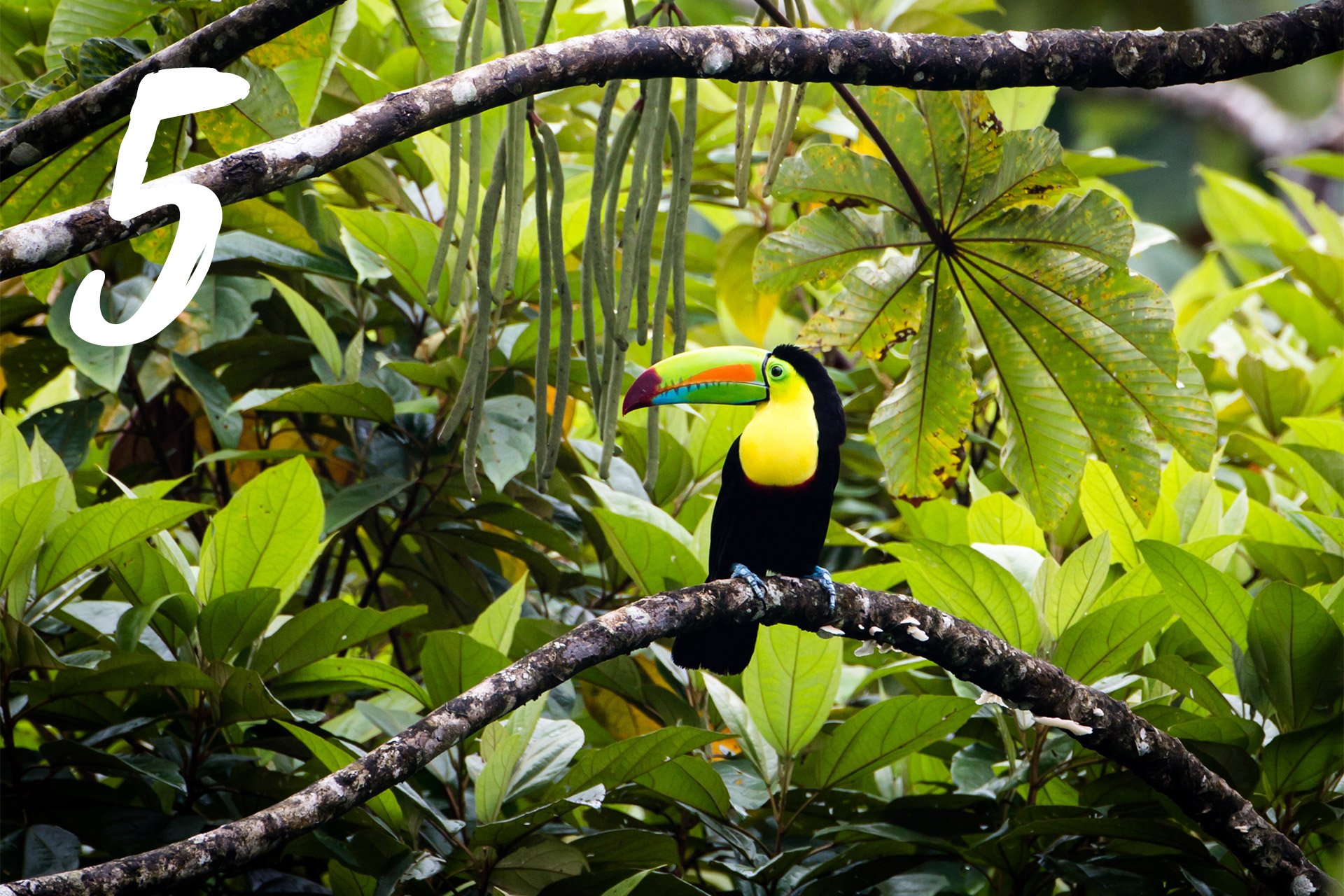 Nature enthusiasts looking to go off the grid should stop here, where 2.5% of the world's total biodiversity call home! Spanning an impressive six ecological zones (or 25,950 acres) and nestled high up in the mountains - it’s famous for protecting an abundance of wildlife, monkeys and mist. The roads seem to be the most adrenaline fuelling of the experience with 90% of them remaining unpaved and requiring a 4x4… and possibly a pacemaker. Until now, they have upgraded the roads this year to make the journey a lot easier!

Other must do’s of Costa Rica: 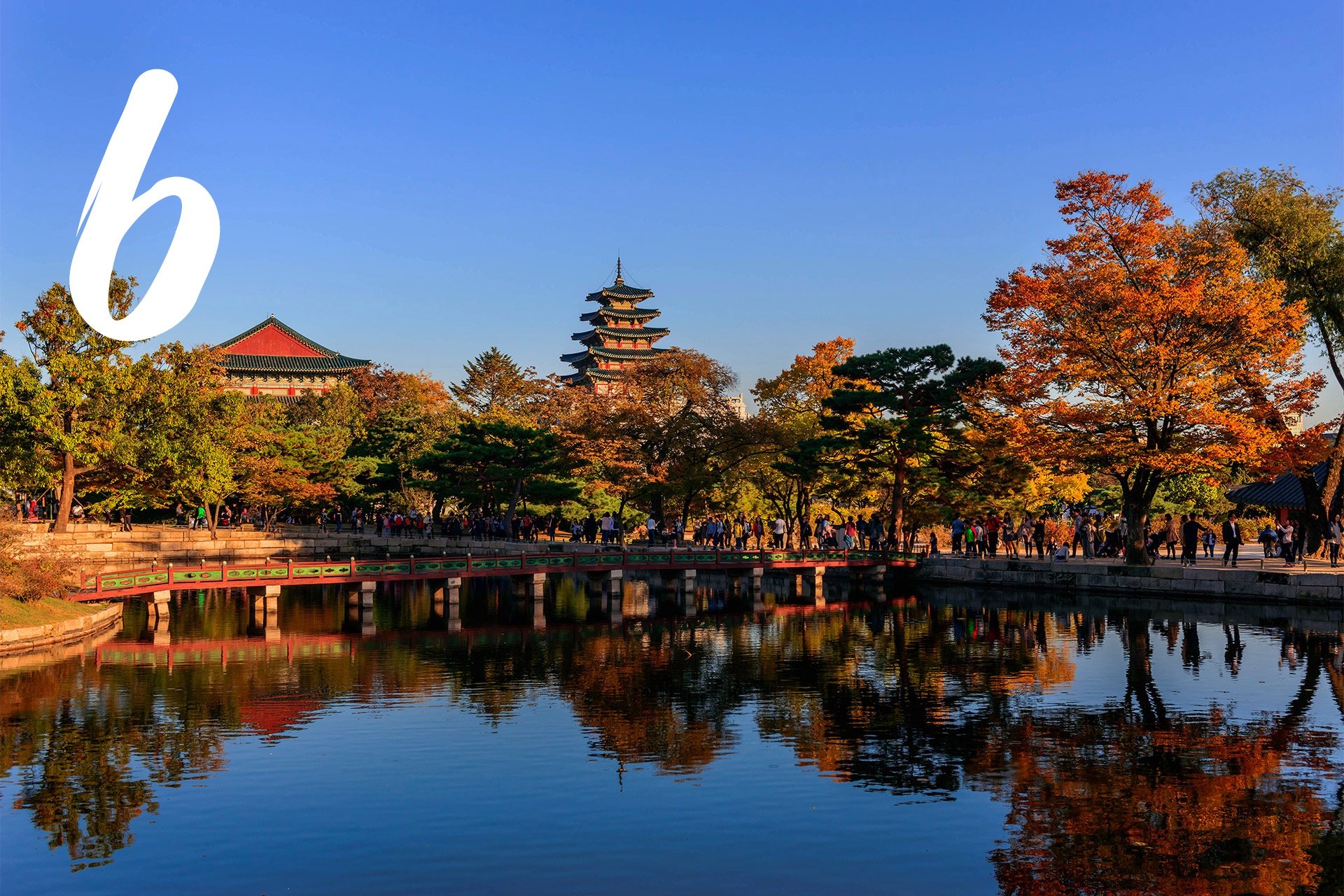 Those in the know are aware of the Winter Olympics which recently went down for the first time in PyeongChang. The Games have ignited much more than just a desire to watch the half-pipe comp! The government have poured $13 billion into the region and built a high whiz bullet train, new highways and tons of infrastructure to whisk people across the country between Incheon and Gangneung, cutting travel time from 6 hours to 2.5-hour on a high-speed adventure. Making a mountain retreat or a beach escape, with a side of après-culture easily accessible!

Other must do’s of South Korea: 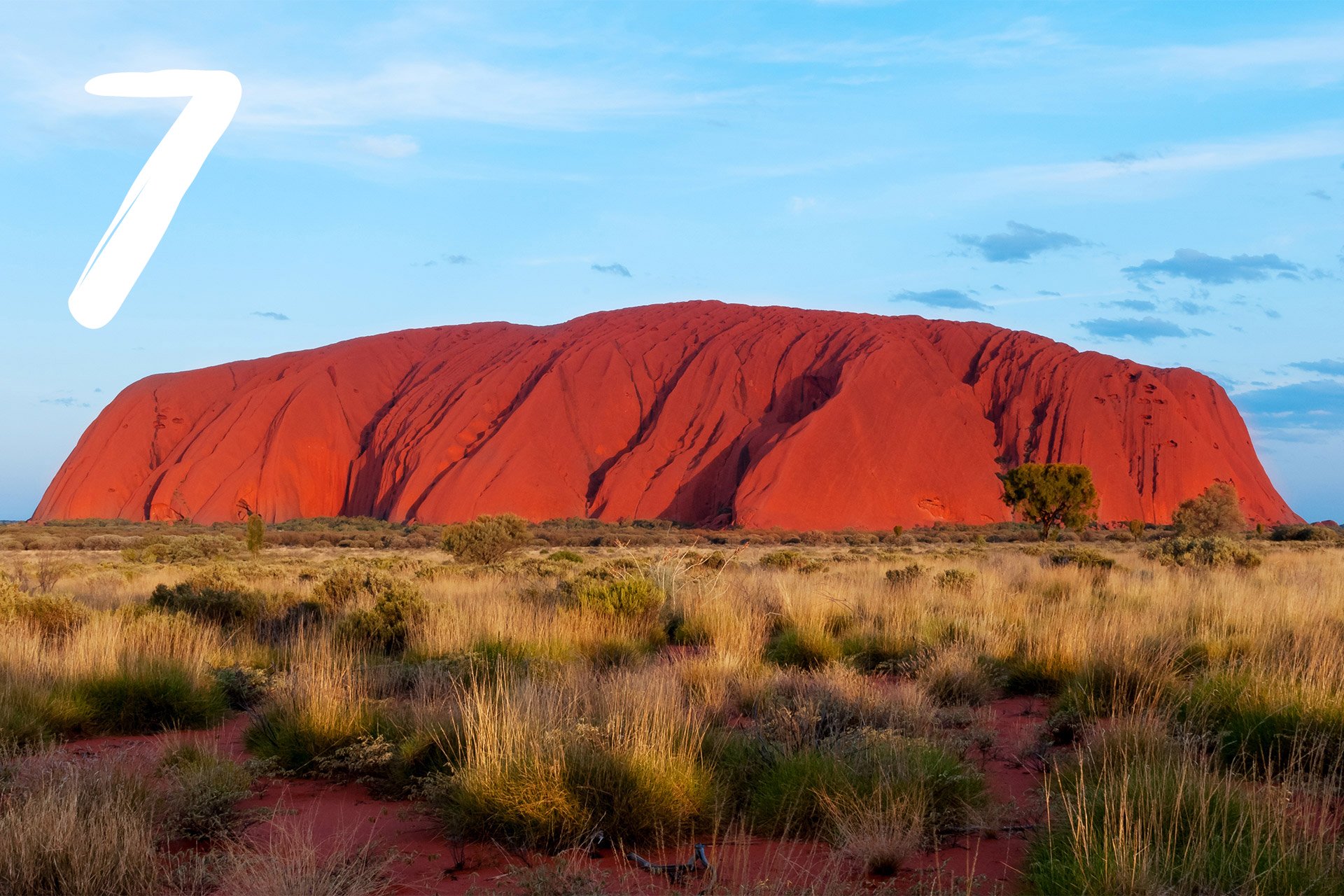 This epic 600-million-year-old rock is not the only thing central Australia has going for it, we promise you! The red heart of Australia will now stand as a monument to admire, rather than to conquer, forbidding the climb as of 2019. Visitors need not worry that there will be nothing for them to visit with the climb closed because there is so much more to explore! Tons of fascinating cultural tours, workshops and free ranger-guided mala walks are on offer to discover the natural wonders of both Uluru and Kata Tjuta.

Other must do’s of Uluru:

Rotorua, New Zealand - Celebrating what lies beneath the surface 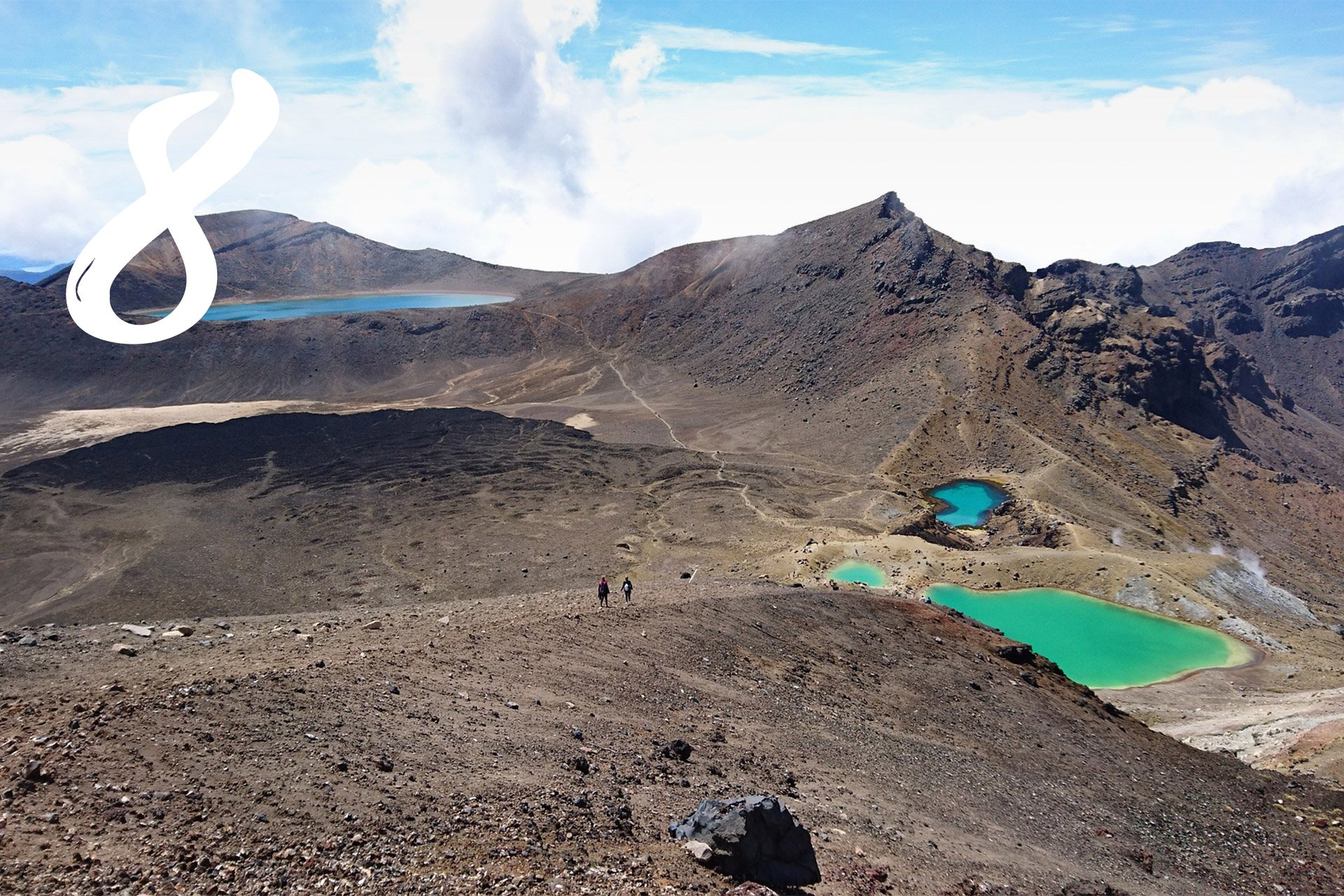 So everyone knows that NZ is not only the Southern Hemisphere’s biggest winter destination, but it’s one of the world’s ultimate outdoor playgrounds. But why, oh, why Rotorua you may ask? Rotorua sits firmly on the Pacific Ring of Fire, so naturally, it’s a melting pot of attractions! Mud bubbles, mountains explode, geysers spout and sulphurous gas stink it all up. In order to celebrate the city’s geothermal blessings, the very first annual Mudtopia Festival was recently launched complete with mud games and massages!

Other must do’s of the North Island: 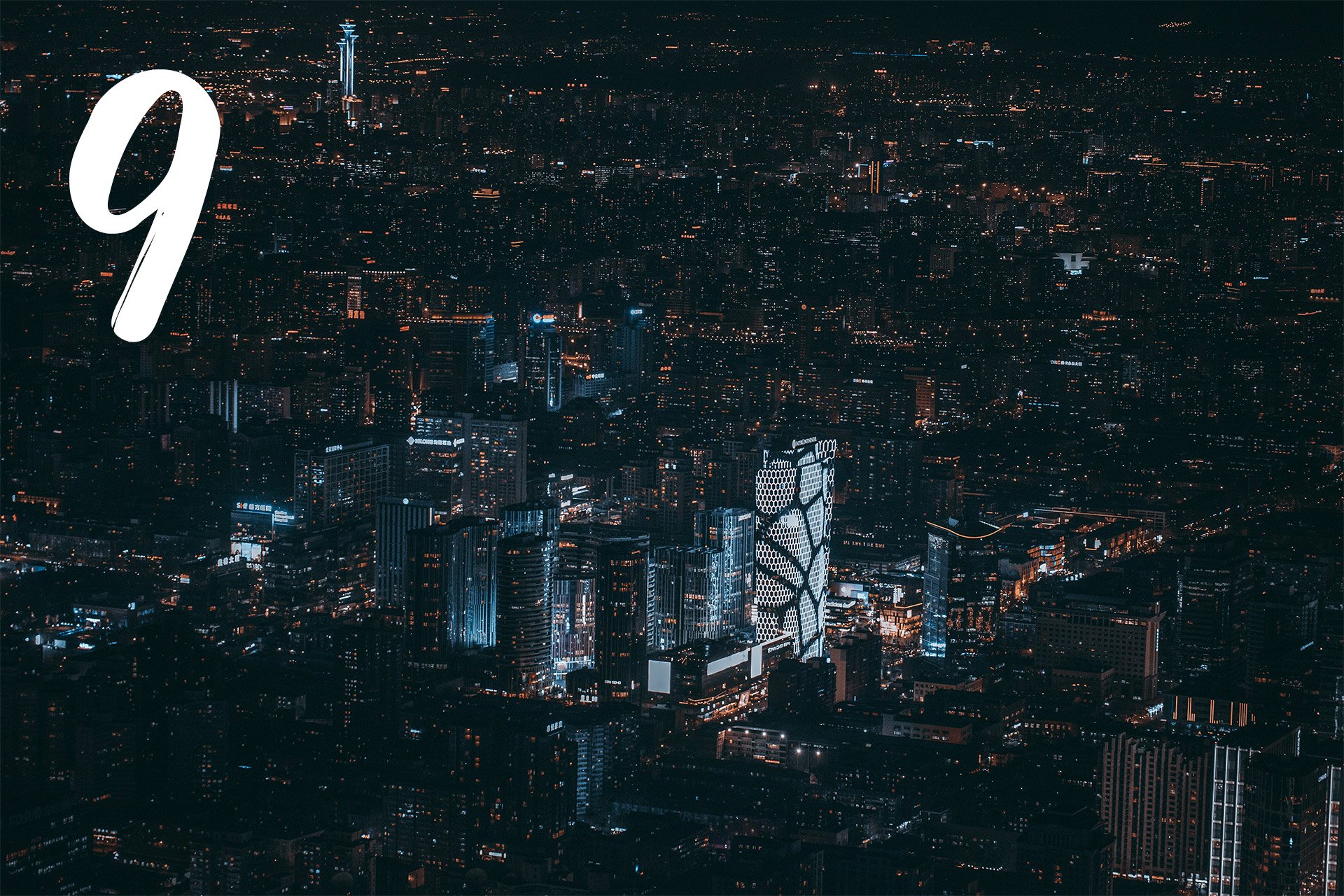 The Forbidden City once served as the Imperial Palace and political centre for the Chinese government for 500 years throughout the Ming & Qing dynasties (1368 - 1911). It’s now the largest ancient palace in the world and a symbol of stunning endurance. Due to the sheer scale, restoration is ongoing - however, this year previously restricted areas are now open to the public, and with nearly 10,000 rooms to explore they have a plan to have 80% open to visitors by 2020!

Other must do’s of Beijing:

Start planning: Click to check out our Teach in China trip! 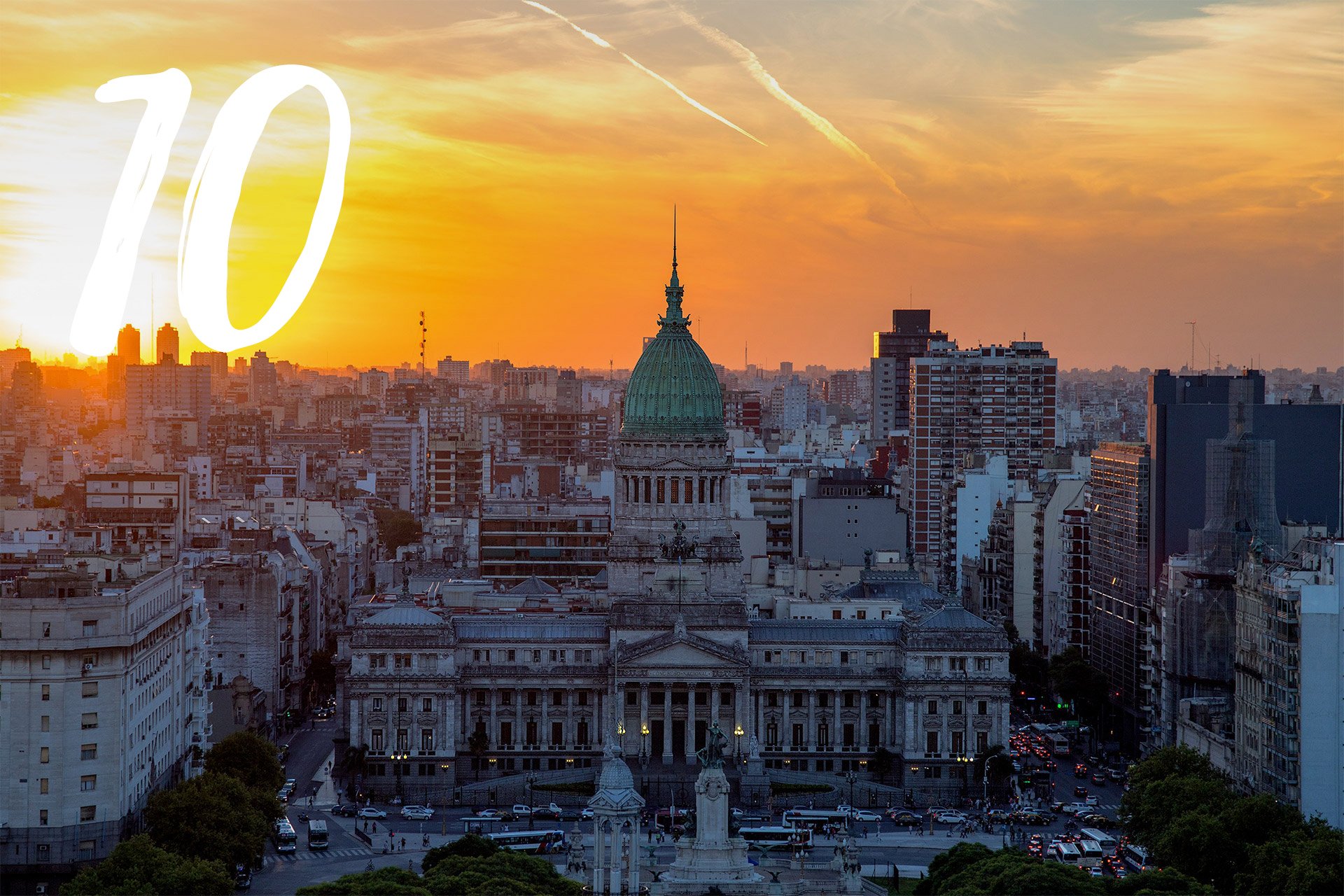 Buenos Aires lives up to its nickname, with an overwhelming cafe culture that would definitely rival its European counterpart. This electric city is a hot spot for lovers of music, food and dancing and 2018 is proving to be an especially exciting year for the second largest city in South America. Sports fans can cheer on world-class tennis matches, polo tournaments and even the 2018 Summer Youth Olympics this October.

Other must do’s of Buenos Aires: 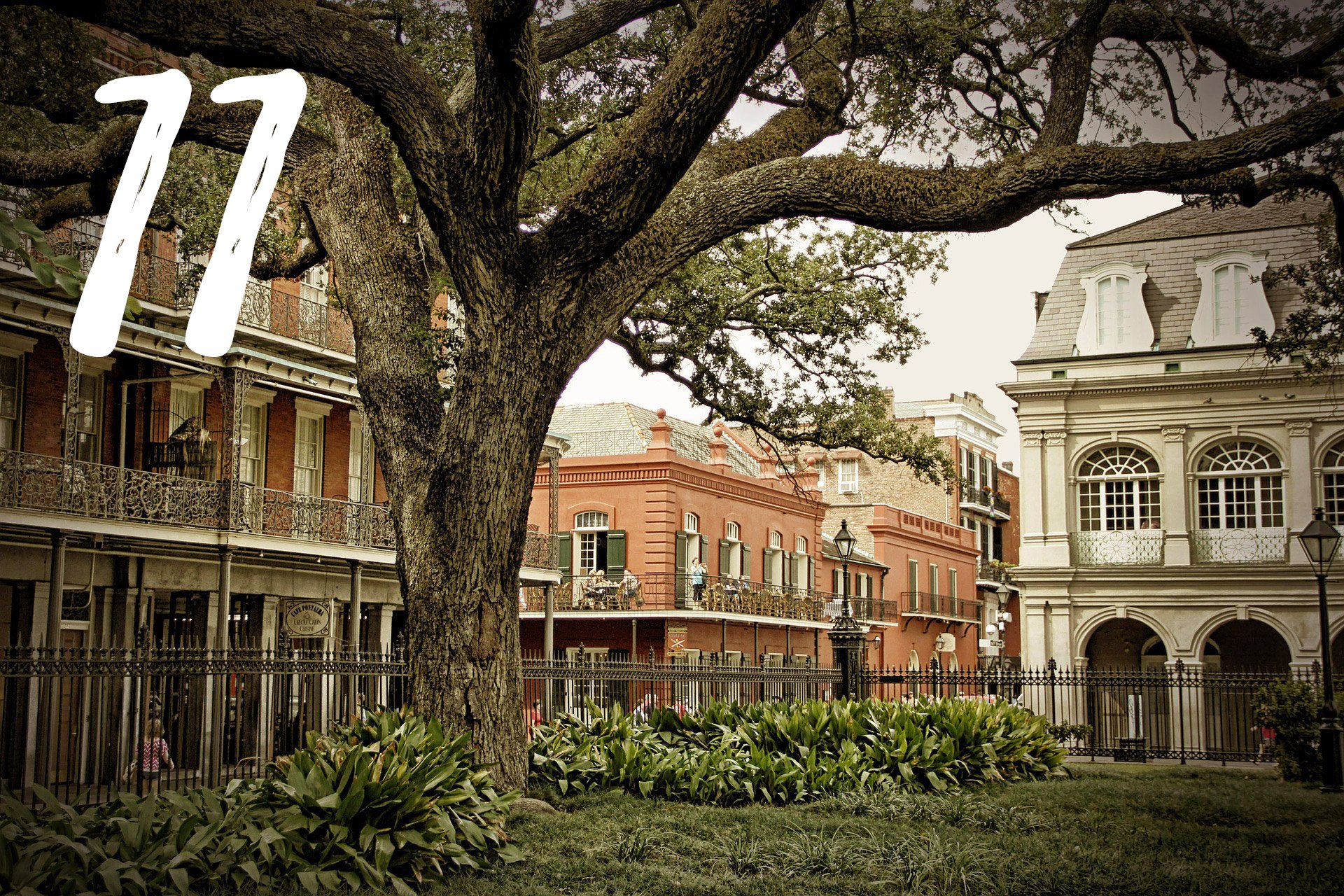 Known for its round-the-clock nightlife, colourful demeanour, and non-stop flow of energy, you wouldn’t think the Big Easy was a day over 21. Well, it turns out she's turning the big 3-0-0 this year, and in honour, special events have been scheduled throughout the year to reflect on its history as well as it’s melting pot of French, African & American cultures. To commemorate, the government is also planning a major $6 million makeover to it's famous Bourbon Street.

Other must do’s of New Orleans:

Start planning: Read more about the USA on Global Roaming.

Reykjavík, Iceland - The secret is officially out 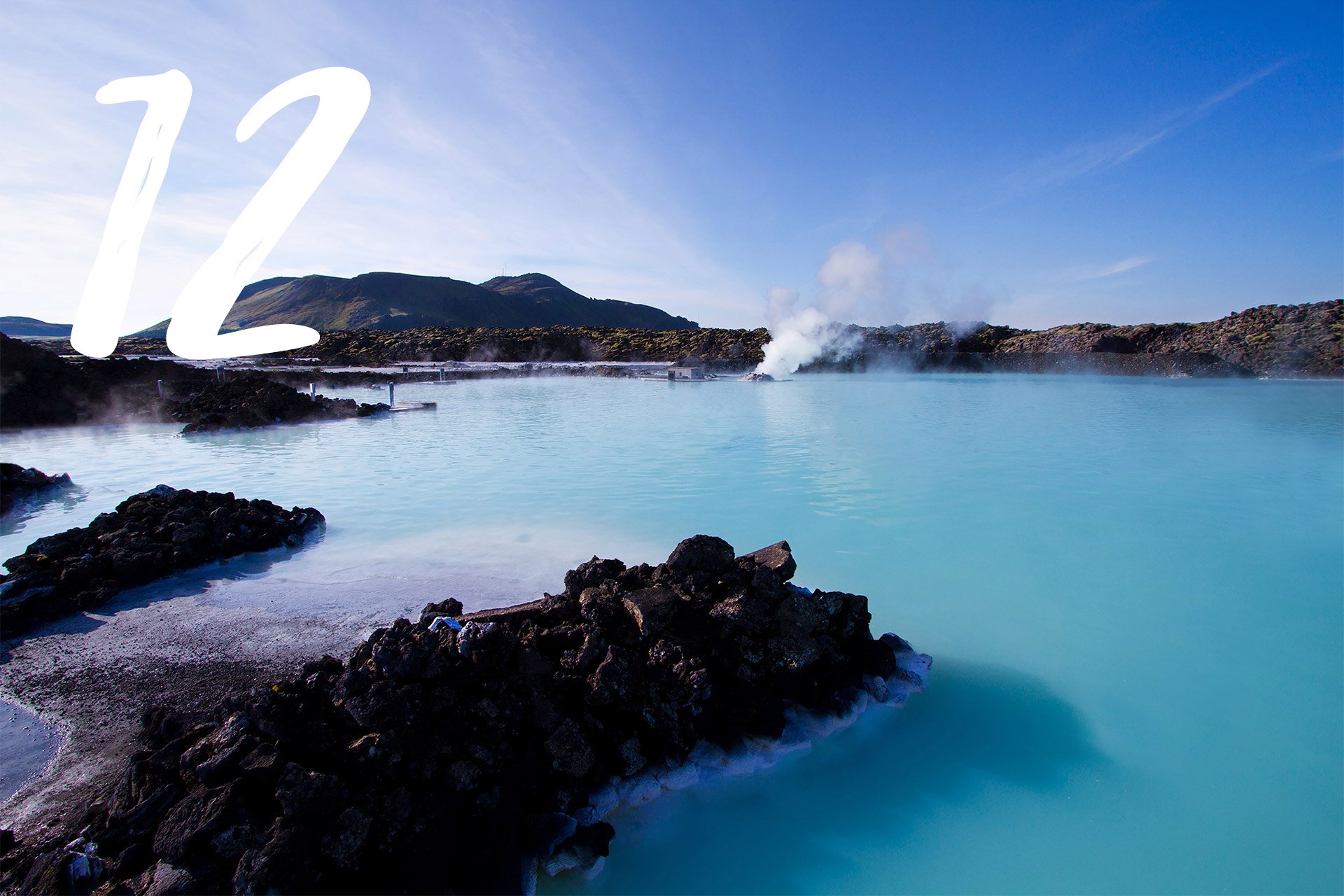 WHY 2018? The Blue Lagoon is getting an upgrade!

Iceland used to be a luxury hotspot only accessible by the rich and famous. Now, thanks to the cheapest WOW Air Flights we have ever seen to Reykjavik, travellers can now access this charming Nordic isle, characterised by lava fields, volcanoes, waterfalls and glaciers much cheaper, and easier! The world famous Blue Lagoon is going through a phase of expansion and will see it’s first luxury hotel open in 2018 - plus new geothermal baths and natural spas!

Other must do’s of Iceland:

Start planning: Hop over to Iceland on our Working Holiday Trip to the UK! 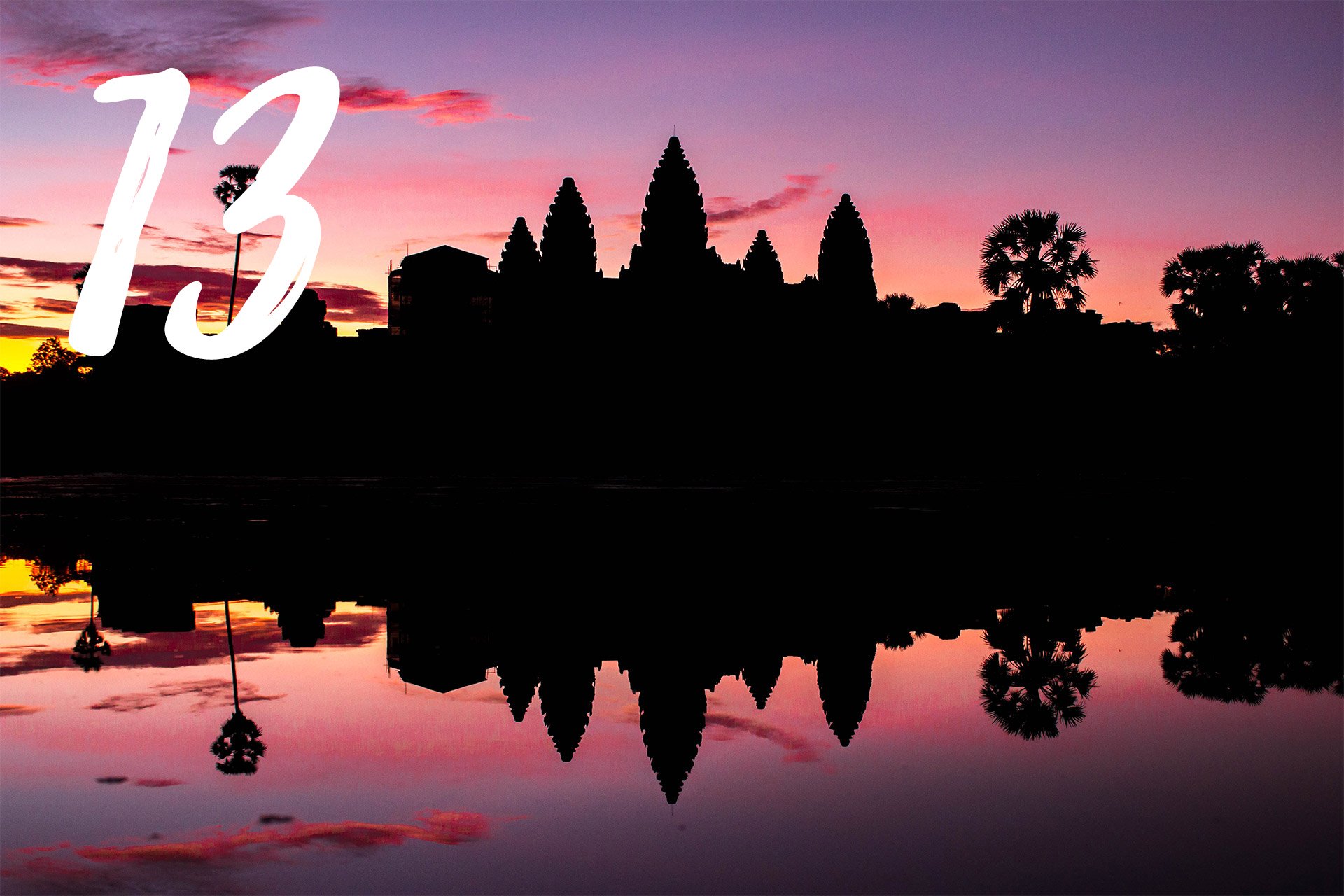 It used to be that a trip to Cambodia could begin and end with a trip to the spellbinding temples of Angkor Wat. Now interest has sparked further afield and extended to the untouched islands and mountainous rainforests. In the previously unprotected wildlife corridor near Southern Cardamom National Park, Shinta Mani Wild is a new luxury camp experience set along 1.5 kilometres of river and waterfalls to provide an experience unlike any other in Asia. Visitors will be surrounded by the local residents including wild elephants, bears and tigers!

Other must do’s of Cambodia:

Malta, EUROPE - This tiny nation’s buzz has been building for years 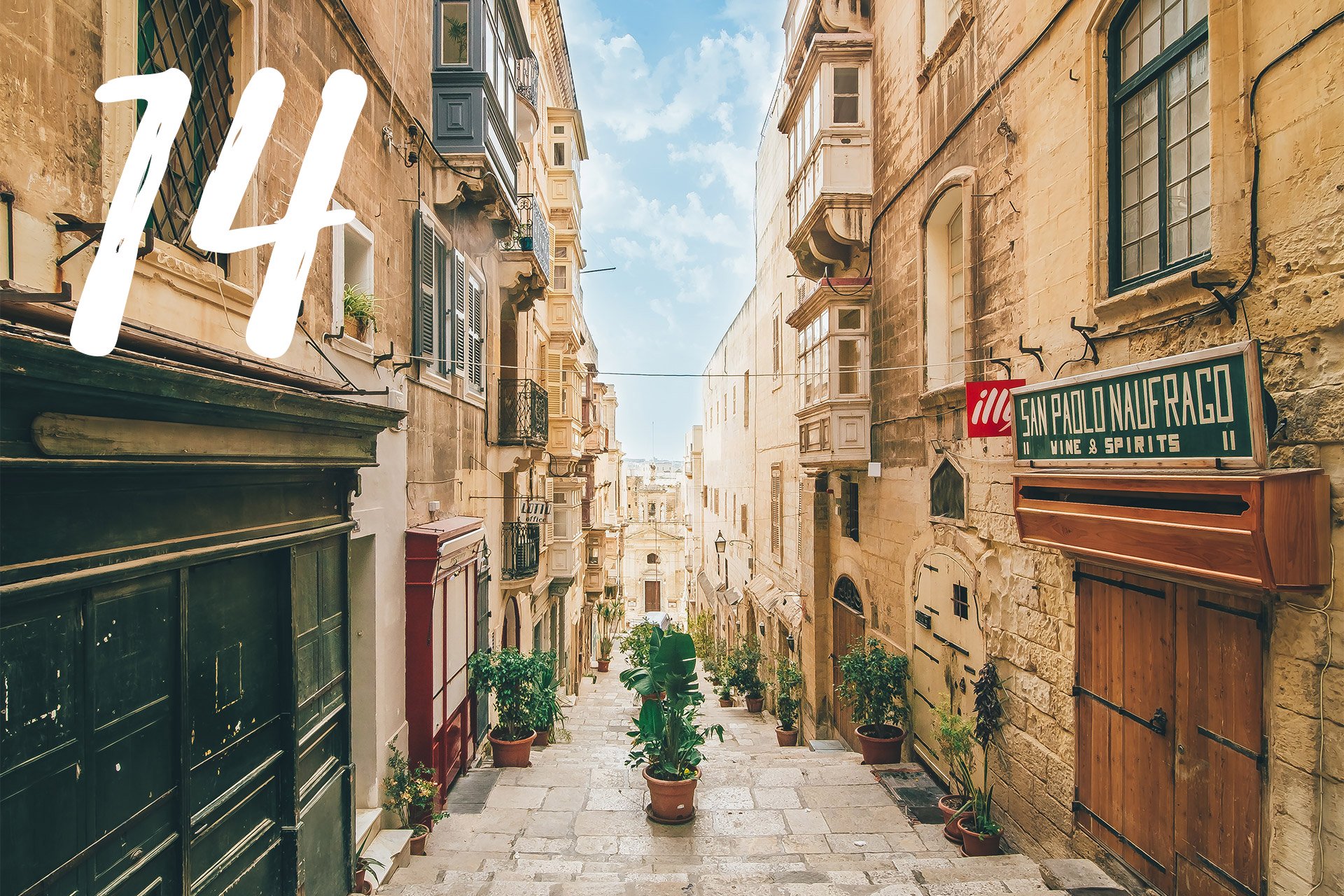 If you look at a map closely, you’d think Malta is just a tiny speck on the boot of Italy. But it’s so much more. A European crossroad filled with fascinating history, prehistoric temples crown hills, 17th-century fortifications stalk the coast and not to mention the laid-back lifestyle, beaches and more than 300 days of sunshine a year! Valletta has been named Europe's Capital of Culture for 2018 and over 400 events have been planned throughout the year to celebrate.

Other must do’s of Malta:

Start planning: Hop over to Malta while on your Au Pair Trip in Europe!

Glasgow, Scotland - One of the UK’s up and coming most intriguing metropolis 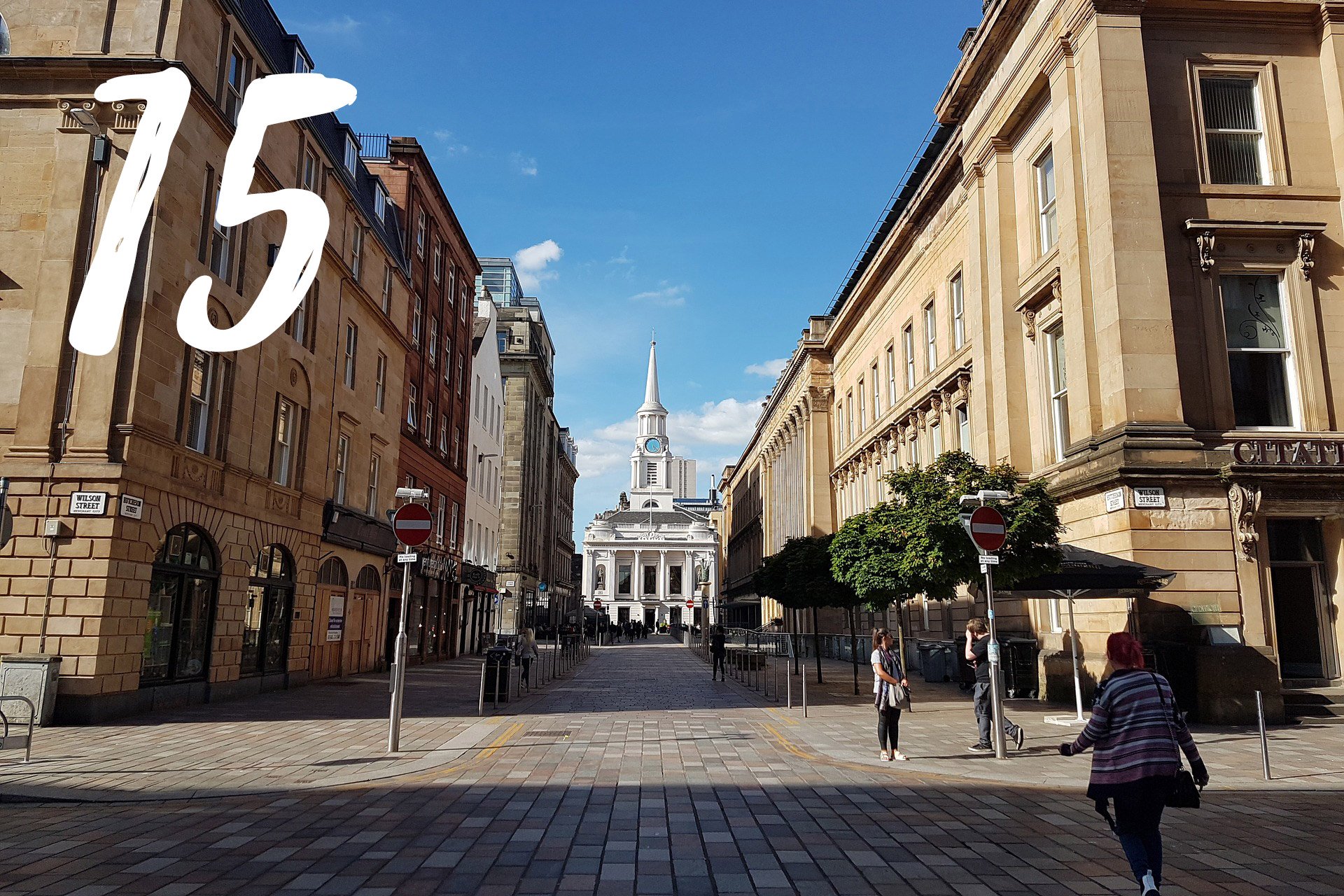 It claims the title for the world's friendliest city, now Glasgow has even more going for it. It's set to see another major revival in 2018, with the creation of more than 250 architectural projects taking shape on the River Clyde. 2 of the 20 new distilleries opening in Scotland are in Glasgow, including the $12.3 million Clydeside Distillery, the city’s first in 100 years.

Other must do’s of Scotland:

Start planning: Check out our Working Holiday Trip in the UK!

Nepal, ASIA - Back on top of the world 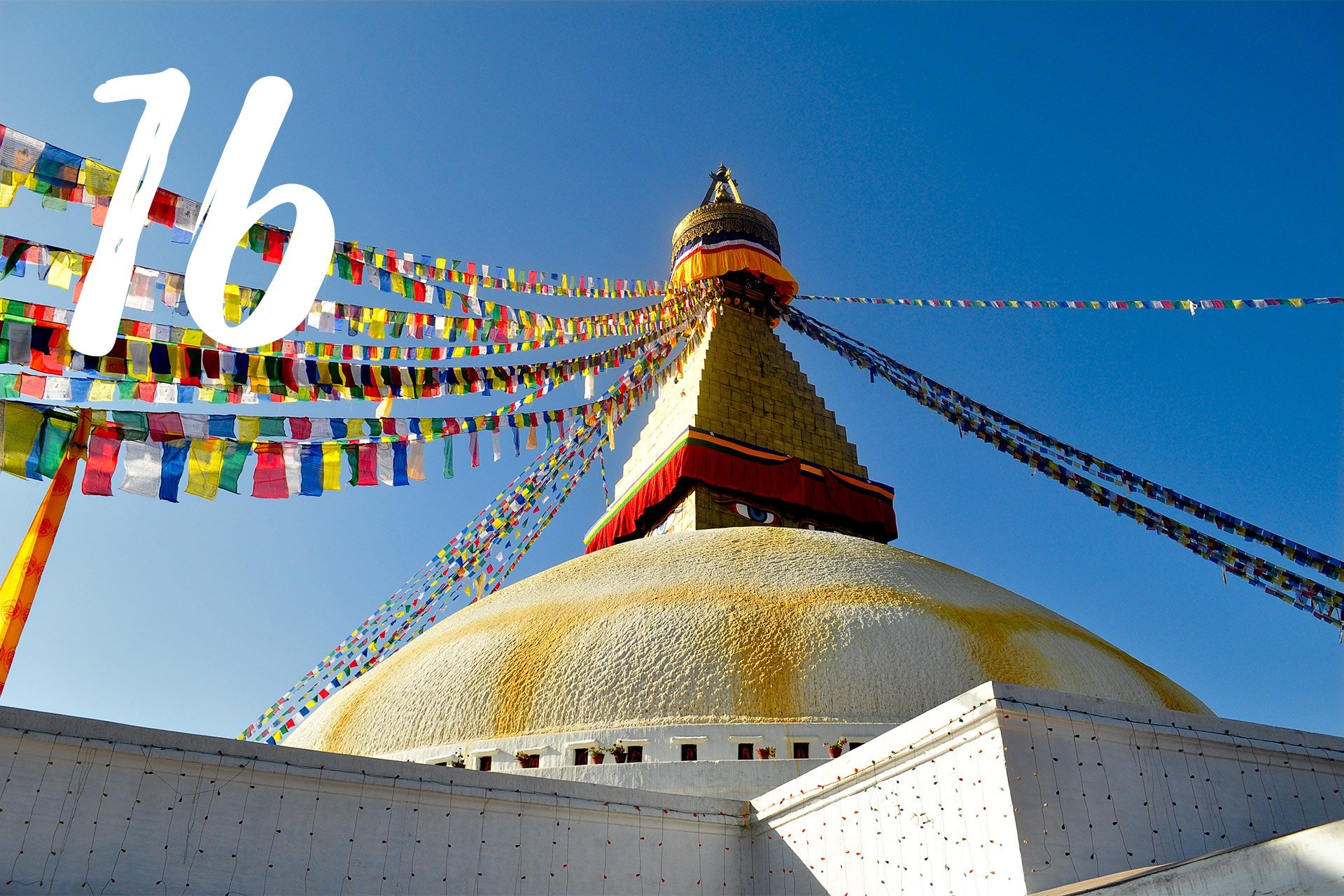 Nepal needs no introduction, this country of extremes is a must do for travel enthusiast all around the world. Over the past few years, a series of natural disasters has led to a dramatic decline in visitors. This year the government have started planning for the future of travel declaring 2018 the ‘Visit Nepal Year’ and has the ultimate goal of attracting 1 million visitors.

Other must do’s of Nepal: 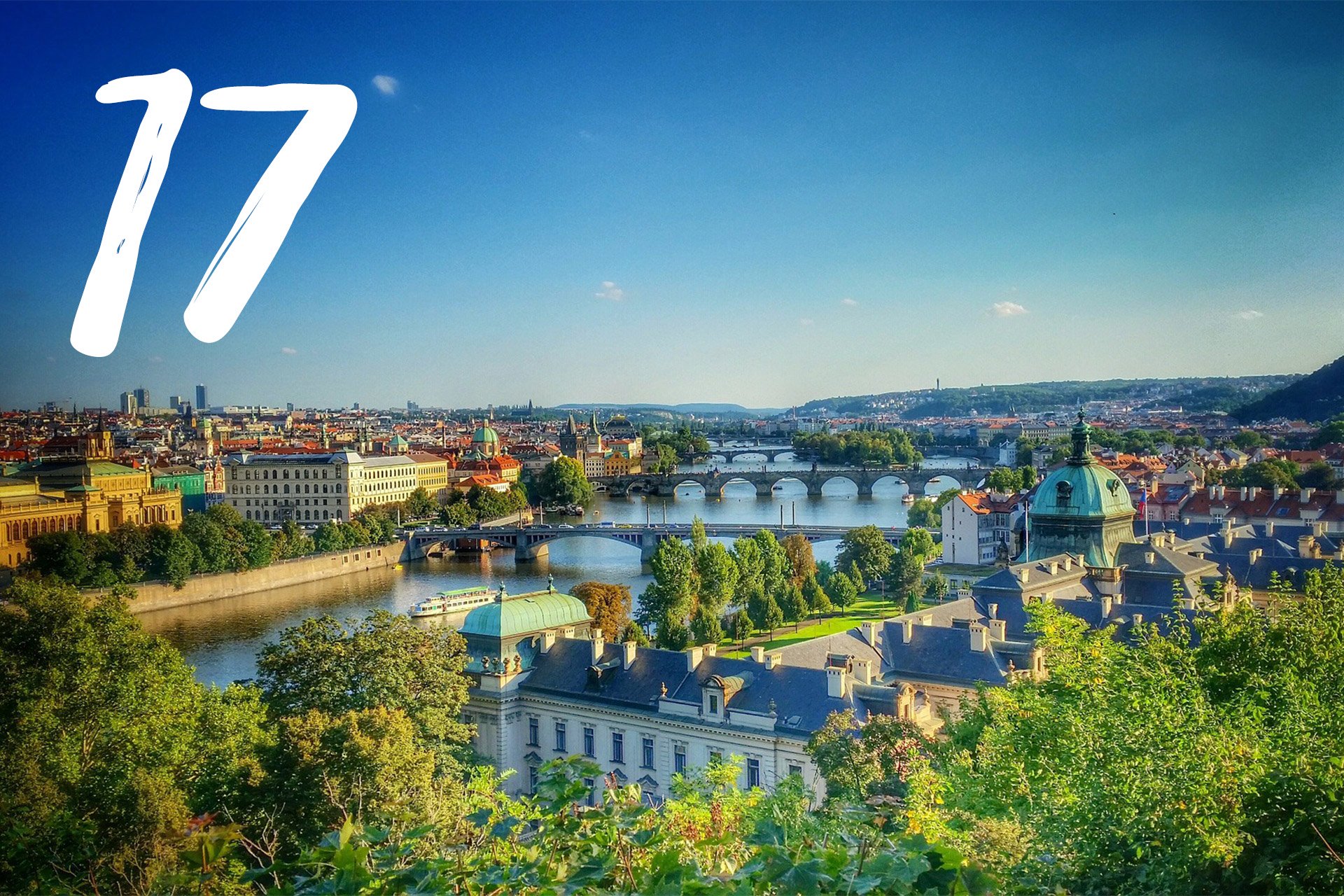 Prague is considered one of Central Europe's most charming and colourful cities - with breathtaking views 365 days a year. This year the Czech capital will celebrate 100 years of independence and festivities will run all year long with plenty of concerts, events and exhibitions to celebrate ‘the city of a hundred spires’.

Other Must do’s of Prague:

Start planning: Hop over while on a Working Holiday Trip in the UK!

Toronto, Canada - The most multicultural city on the planet 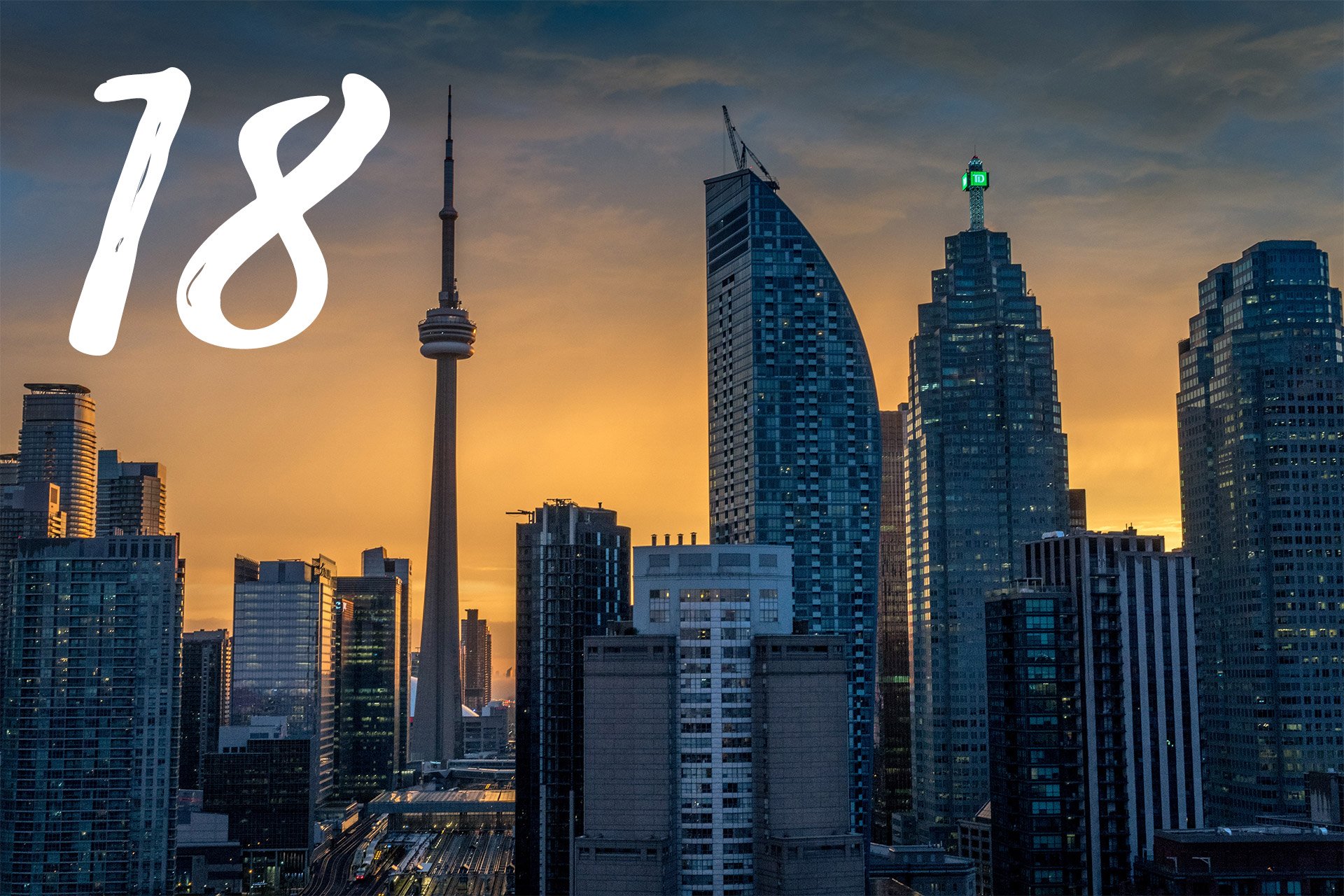 Canada isn't all maple syrup and moose, folks. They love to party! They may have just finished up a year-long party in celebration of 150 years of Confederation. But, now it’s Toronto's turn. Toronto itself is turning 225 this year and as you can imagine, there’s plenty happening year-round in this cosmopolitan city.

Other must do’s of Toronto:

Ready to rumble yet? Get in touch via the red button below and we'll help you find your very own path to explore!

Why Teaching in Peru is Your Next Adventure!